Just.Childhood is offering the children of Shatila Refugee Camp
a safe space for learning and simply being a child

With Bait al-Shams, just.childhood is offering the children of Shatila Refugee Camp a safe space for learning and simply being a child on a continuous, reliable basis and prepare them for school. We are working with an alternative, reformatory educational approach based on internationally developed Child Protection regulations.

For us it is important to teach children from an early age that they don’t need to limit themselves. The kindergarten aims at providing a vital creative outlet which often cannot be provided by parents, and is traditionally abandoned in favor of more academic subjects by the chronically underfunded schools.

Furthermore we aim at creating a network of support in cooperation with other NGOs in order to make sure the children are being well supported even after leaving our kindergarten. 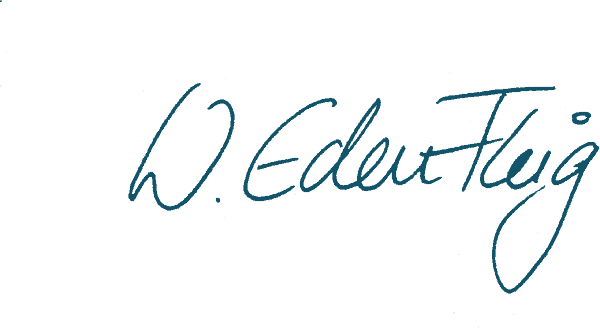 In our understanding of a humanistic approach to pedagogy, learning is interdisciplinary, integrating practical, artistic and conceptual elements. Bait al-Sham’s approach emphasizes the role of imagination in learning, developing thinking that includes a creative as well as an analytic component. We would like to provide the children the basis on which to develop into free, morally responsible and integrated individuals, and to help every child fulfill his or her unique destiny.

Here is how a typical day, with small variations, in our kindergarten looks like. In the morning we start with welcoming the children and gathering for the morning circle. Then we usually have time for free play in the group rooms before breakfast is prepared. Besides cutting the vegetables and setting the table together, each group is responsible for baking the bread for the rest of the kindergarten once a week. After breakfast there is time to play outside on the roof – for example in our sandpit or on the swings – or just running and playing hide and seek. After coming back inside, every day of the week hosts a certain activity with the children based on the seasons. This could be felting, drawing with watercolors, sewing, and working with wood. Then we usually have time for round dance and storytelling – or occasionally for working on a theater play. After a day of activities, it is time to come together for lunch. Before the children are being picked up by their parents, all the groups gather in their rooms for a good bye circle.

Just.childhood consists of two NGOs, a German and a Lebanese. As the German association mainly exists to collect funds in Germany and to give donation receipts to European supporters, the Lebanese NGO is responsible for running and administering the kindergarten Bait AL-Shams itself. Both NGOs are actively involved in enhancing continuous teacher training on Waldorf Early Childhood Education both in Germany and Lebanon.

The opening hours of the kindergarten are Monday to Friday from 7:45 a.m. until 1:00 p.m. We have two meals together: breakfast and lunch. While breakfast is prepared by the children, lunch is cooked daily by one of their mothers.

Once a week we have a field day. Children are bringing their breakfast from home and all three groups are going out together to a nearby playground or park. The pre-school children go on an educational trip every season.

The kindergarten is open to all children living in Shatila Camp. Not all of them are Palestinian, but as the camp was originally set up for Palestinian refugees being expelled from their homeland in the course of the 1948 Arab-Israeli war, this section is to sketch some of the aspects to be considered in our work that is based on a culturally sensitive approach.

As part of the oldest refugee group, Palestinians in Lebanon provide an insight into how refugees cope in protracted situations. Worldwide the number of protracted refugee groups is increasing, yet responses to refugee situations are still driven by the assumption that they are short-term. The Palestinian refugees in the camps in Lebanon refer to themselves as the “forgotten people” because they live in a hostile environment, are denied basic human rights, including the right to work, and have no effective means of representation or protection.

After 70 years, tens of thousands of Palestinians still live in temporary shelters in overcrowded, unsanitary camps where unemployment and poverty levels are high. Moreover, the situation in Lebanon continues to deteriorate and many claim that their lives are more difficult now than at any time in the last 70 years.

The Palestinian population in general and its refugee status has been marginalized from refugee issues as a whole. Although the political aspects of the Palestinian problem have a high profile, and their resolution is regarded as a key- element to achieving stability in the Middle East, because Palestinians are identified first as a political issue, they are seldom considered as a humanitarian issue or examined in a refugee context.

The Lebanese restrictions on land for Palestinians have led to severe overcrowding in the camps. There is a lack of privacy and natural light, the conditions are unsanitary and the housing and infrastructure inadequate. It is not surprising that all these factors lead to violence in many aspects of life (even in the schools), drug abuse, as well as severe psychological problems.